The PERRIN Radiator Shroud caps the top of the radiator for a sleek new look and forces all available airflow through the core.

Let Your Radiator Look Hot While Getting Cool.

The PERRIN Performance Radiator Shroud caps the top of the radiator for a sleek new look and forces all available airflow through the core. This lowers operating temperature and increases power. Available in Black or Red powder coated aluminum. Both feature the PERRIN name for that custom hot/cool look. Made from aluminum, it is corrosive proof in those states with salt used during the winter time.

This PERRIN Performance product features a durable powder coat finish. PERRIN powder coating is available in either red or black and are accented with a wrinkled texture finish. 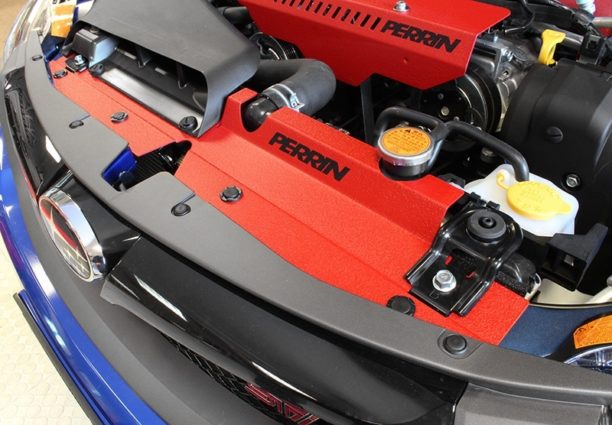 This part is designed to work with the OEM Radiator and may not be compatible with some aftermarket options. Please contact tech@PERRIN.com prior to ordering if you have a non-OEM Radiator. Returns not accepted due to incompatibility.