Add horsepower, quicker response, and reliability with the PERRIN Blow Off Valve. A must-have replacement for the leaky, slow responding, and plastic OEM blow off valve.

Essential for Proper Performance
During testing, it was determined that until approximately 3 psi of boost is reached, the OEM blow off valve does not seal. This leads to a loss in horsepower and slower response from your turbo. The PERRIN Blow Off Valve solves this problem with a proper seal as well as being fully adjustable. This means faster response times, consistent boost, and overall better drivability.

High Flow
he tiny outlet on the OEM BOV restricts the rate at which boost can be vented. Cars running higher boost levels and larger turbos can experience compressor surge, damaging your turbo. The PERRIN BOV has a much larger outlet and is fully adjustable, eliminating this concern. With large inlets and outlets, the PERRIN Blow Off Valve is sized perfectly to relieve any amount of boost pressure without fear of compressor surge. Don’t be fooled by giant oversized blow off valves, these inlet and outlet sizes were chosen to ensure the perfect balance of flow and to maintain boost in your system, without ruining response by dumping too much boost. 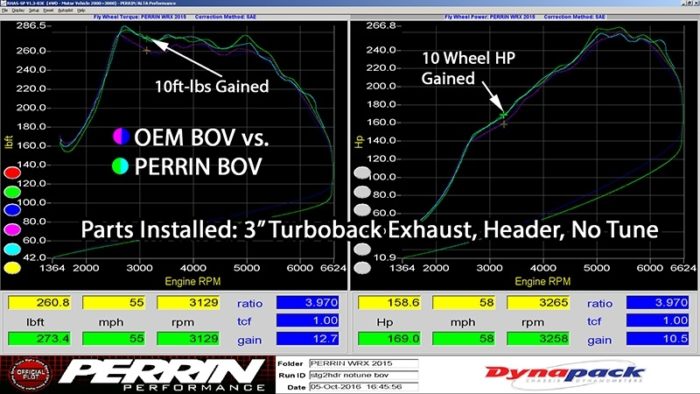 Adjustable Relief Pressure
The PERRIN Blow Off Valve cap features adjustable spring tension, which allows for an adjustment when the blow off valve vents. A looser setting will make it act smooth and more like stock. Setting it harder will cause it to vent later and with significantly increased boost levels. This adjustment is important in maintaining air within the boost system without reducing turbo response. 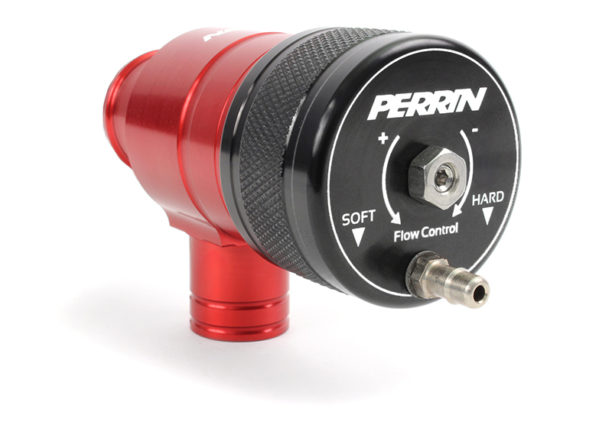 Adjustable Flow Control
The unique design allows you to control the volume of air released when the blow off valve vents. Adjusting the volume of air helps maintain the perfect amount of boost in your system during shifts without causing compressor surge. Venting too little can damage the turbo, venting too much air can make the throttle less responsive. This adjustment is independent of the relief pressure allowing for a totally customizable blow off valve. 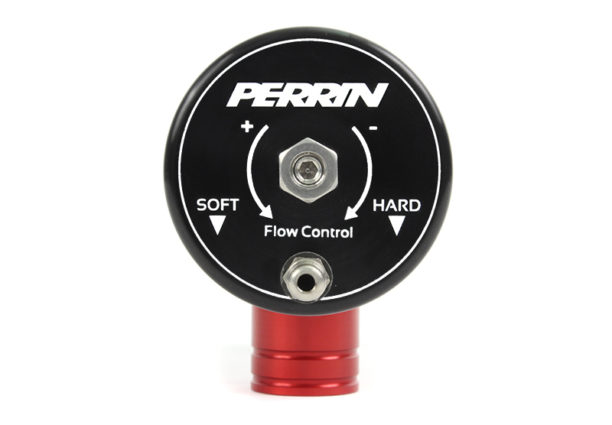 Recirculation is Job #1
It is vital that a blow off valve for your WRX recirculates the air back to the intake track to maintain proper air-fuel ratio and driveability between shifts. While this can be set up as a vent-to-atmosphere style blow off valve, we only recommend that on cars running aftermarket Speed Density type tuning (cars without mass airflow sensor). 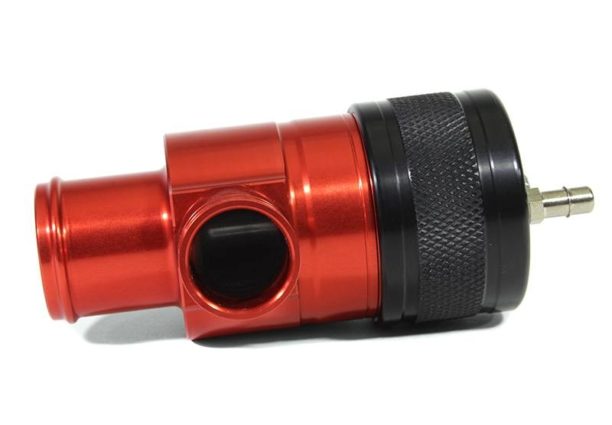 Low Maintenance
The PERRIN Blow Off Valve requires very little maintenance but when needed, it’s very easy and quick to disassemble. Two O-rings are used to seal vital components from the elements making for extended time between service intervals. There are no special tools required and maintenance can be performed without removing the blow off valve from the vehicle. 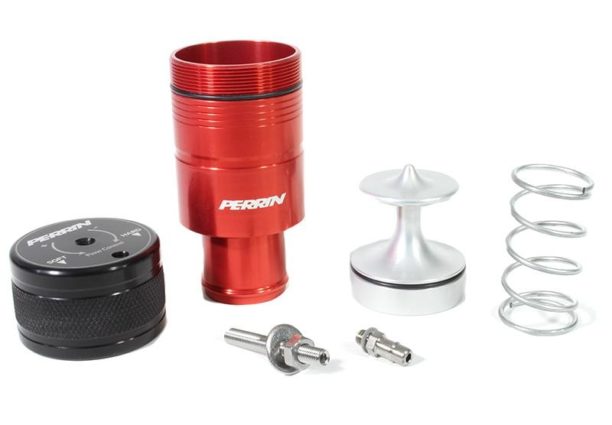 Direct Fit & Pre-set Adjustment
Included with every PERRIN Blow Off Valve are the necessary components to make this a direct bolt-on for your WRX. Each blow off valve is pre-set out of the box to work perfectly with every application, so no adjustment required. 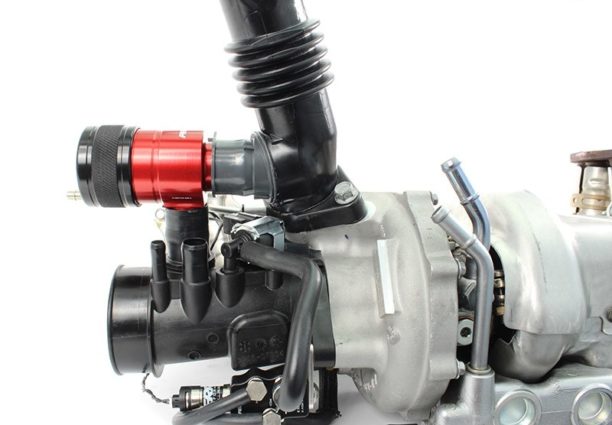